CI Precision has implemented a suite of its Ci-DMS Manufacturing Execution System (MES) software in a pharmaceuticals factory owned and operated by Merck Sharp & Dohme (MSD) Singapore. This was the first time the software had been used in the Asia Pacific region. Ci-DMS controls all dispensing and material addition in the factory, both automated and manual, and has been seamlessly integrated with the existing ERP system and automation hardware.

Ci-DMS was implemented shortly after the factory was opened. During the initial planning stages the company made a strategic decision to minimise risk by getting the plant operational first, then implementing a MES before the plant reached full capacity. Three alternative MES packages were considered, but Ci-DMS was found to be the most readily configurable, with the greatest scope for future expansion. Furthermore, MSD had installed Ci-DMS in three other plants in Europe, which gave a high degree of confidence in the software.

“We felt that Ci-DMS was one of the best products available, it did everything we wanted – and more. Perhaps the most striking difference between Ci-DMS and the alternatives was how configurable it is.”

The system now operating has two supervisory stations – one on the shop floor and the other for system administration – plus two manual dispensing stations and includes a Ci-DMS Silo Dispensing module to control dosing from three ‘big bag’ silos into an intermediate bulk container (IBC). Material is also added to vessels under the control of Ci-DMS at a number of locations throughout the factory.

Most importantly, however, the system uses barcode readers and a specially configured interface to communicate directly with the plant’s ERP system and the AZO automated bulk dispensing system. Howard Wilton describes the integration between the MES and ERP systems as “seamless”.

For a system as sophisticated as a MES, it might be expected that technical experts from CI Precision would be required constantly on site for the implementation, operator training and commissioning. But, instead, judicious use was made of teleconferencing, web conferencing and other state-of-the-art technologies in order to perform many of these tasks remotely. And the same was true of the interaction between CI’s staff in the UK and the ERP developers in the USA.

“CI provided tremendous remote support that saved around $60,000by reducing the need for site visits. In addition, this approach meant we were able to proceed more quickly than if we had needed to call out an engineer each time we came up against a problem. The project was delivered on time and on budget, and I am convinced that was partly due to the excellent use of appropriate communications technologies.”

Already the Ci-DMS suite has delivered substantial business benefits. Manual dispensing and automated dispensing have both been reduced from two-person operations to one-person operations – which equates to an annual saving of $150,000 – and the software has eliminated in excess of 50,000 manual transactions that were previously entered on the ERP system. The entire dispensing operation is now paperless, which gives a tangible reduction in overhead, and the dispensing cycle time has been reduced because there is no longer any need for manual checks to be made and for paperwork to be completed. Quality assurance practices have also been tightened considerably by means of the barcode scanners that greatly reduce the scope for operator error.

“I am extremely pleased with the way the project has run, right the way from our first contacts with CI to the implementation, training, commissioning and ongoing support. All of the individuals involved have been highly professional in their approach and it has genuinely been a pleasure to work with them.” 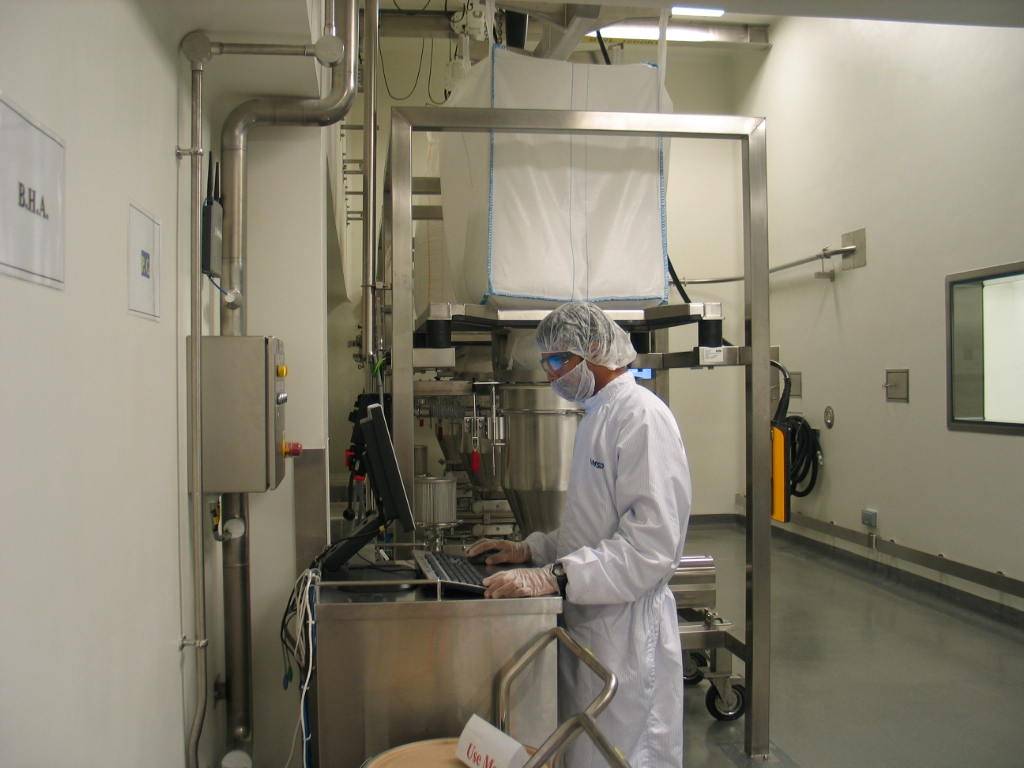