Researchers at the US Department of Agriculture’s USDA-ARS Grain Marketing & Production Research Centre have used a MK4 microbalance head and STABAL control unit from CI Precision within a high-throughput near-infrared reflectance spectrometer for assessing individual maize kernels and soybeans that weigh in the region 70-400mg.

Compared with the conventional technique of using near-infrared reflectance or transmission spectroscopy for measurement of major constituents in bulk samples, the detection of attributes in single kernels can provide more usable information in some applications – such as determining the variability within grain samples, or detecting attributes that are only present in a small proportion of the kernels. Ultimately the researchers believe that an instrument of this type could be valuable for studying the genetic and physiological influences on seed traits.

The USDA-ARS near-infrared spectroscopy (NIRS) instrument predicts composition (protein, starch, oil and other attributes) semi-automatically on individual seeds: the seed is placed on the balance by the operator, where it is weighed, then air-puffed to the NIRS device for analysis. Data from the STABAL microbalance control unit and the NIRS device is output to a PC.

In a second system that is currently being assembled, which also uses a MK4 microbalance head and STABAL control unit, soybeans from soybean breeders are weighed prior to chemical analysis. The seeds are received in several thousand 48-well microtitre trays. In essence, the microtitre trays are inverted over a table, then a co-ordinate pick-and-place system collects the seeds individually and drops them through a hole in the table onto the microbalance. After weighing, the seed is air-puffed into a funnel and onwards toa test-tube in the rack that is positioned using an X-Y positioning table. Commercial automated equipment then processes the test-tube racks of soybeans.

“Prior to having the microbalance, we used manual weighing. Semi-automating the weighing of maize kernels and soybeans in the first application was a major step forward from the operator’s point of view, and the compact dimensions of the weigh head made it easier to integrate this component within a custom-built instrument than a conventional lab balance.

“Of course, the microbalance head also offered the accuracy we required and the control unit had a suitable interface so that we could connect it to a PC for data storage and analysis.”

The first microbalance head and STABAL control unit were delivered in 2003. Since then the researchers have incorporated the equipment within the NIRS instrument and used it extensively. There have been no problems with either the microbalance head or the controller, with both proving to be robust and reliable for use in a laboratory environment. 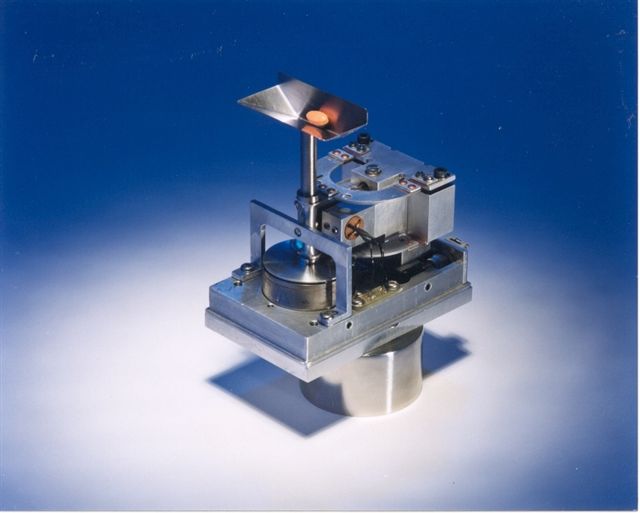