Boots Contract Manufacturing (BCM) is one of the largest contract manufacturers of healthcare, pharmaceutical, dental and skincare products in Europe.

For many years, one of the company’s factories had been operating a dispensary management system (DMS) that had been written in-house, but some of the system hardware was becoming hard to support, and there were issues with the maintenance of the software. Consequently the company decided to replace this with a commercial off-the-shelf (COTS) package, and the system selected was Ci-DMS from CI Precision.

Although the BCM in-house DMS had served the company well, the long-term benefits of a COTS system were attractive, provided a suitable system could be identified that would do everything the existing DMS could, with no need to re-engineer the plant operating procedures. At the end of a thorough evaluation of the various software systems available, it was concluded that the Ci-DMS package best met the project’s requirements.

Following the implementation, the company soon established that the system was, indeed, delivering improvements in product quality and plant efficiency. Furthermore, operators found the system was user-friendly, and the link with the ERP system was working exactly as intended, with real-time data exchange.

BCM operates a number of factories, and the company was aware that a similar problem with DMS maintainability was looming in its tablet factory, though no difficulties had yet been encountered. As a precautionary measure, BCM decided to implement a new system and had no hesitation in placing a second order for Ci-DMS.

Not all of the factories manufacture products that require adherence to MHRA and FDA guidelines. Nevertheless, the company wanted to implement a system to replace the manual dispensing in order to demonstrate best-practice to third-party customers. Again, BCM implemented Ci-DMS, but with even greater improvements in quality and efficiency than in the factories where Ci-DMS replaced an older system.

Across BCM’s three UK factories, there are now two installations of Ci-DMS. The software configurations vary slightly from one factory to the next; for example, the bill of materials (BOM) in the Specials factory is imported from another system, whereas operators enter the BOM data manually in the other factories.

Interestingly, in the Specials factory, Ci-DMS is the main system used to manage the materials, as each ingredient is weighed and used immediately (the other factories use Ci-DMS to prepare materials that are then delivered to the production areas). Thousands of products can be manufactured in the Specials factory, with hundreds of small batches typically produced every day. Ci-DMS handles this manufacturing environment just as well as the larger-scale batch production found in the other BCM factories.

“Ci-DMS is an excellent package that plays a crucial role in our business. By using CiDMS we are complying with MHRA and FDA guidelines and we are satisfying our customers’ needs for confidence in materials dispensing. On top of this, implementing CiDMS has led to improvements in our product quality and operating efficiency.”

As part of the first implementation, CI Precision trained the BCM project team to use the system. This has subsequently enabled the BCM team to train the operators in the other factories during the system roll-out.

“CI Precision clearly has an excellent understanding of the issues surrounding dispensing, balances and the interactions between various computer systems. The company’s approach to quality is also first-class, and the support we have received has been of a high standard. Overall, we have been extremely pleased with Ci-DMS and CI Precision as a supplier”- Business Systems Project Manager 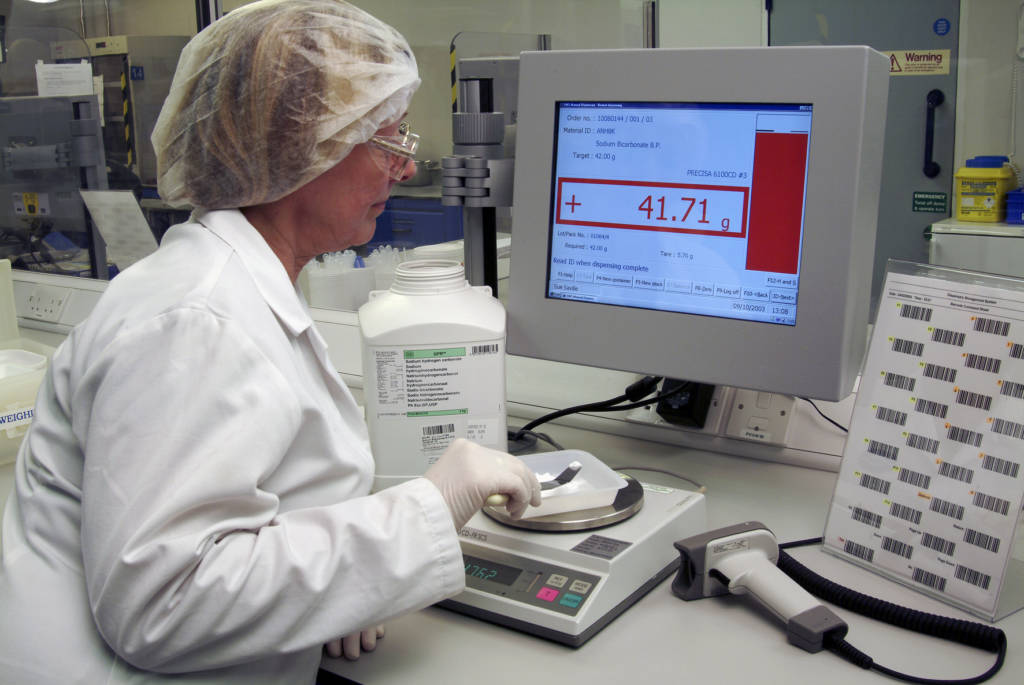